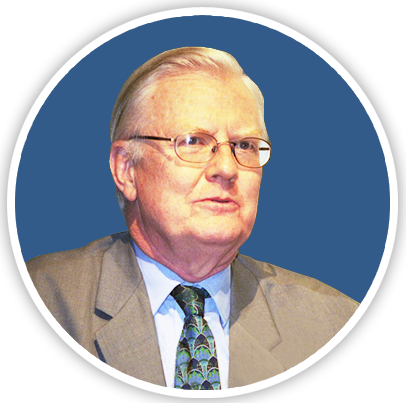 Master of Morningside College and Distinguished Professor-at-Large,
The Chinese University of Hong Kong

Sir James has also held Visiting Professorships at MIT, UC Berkeley and Yale. He was President of the Royal Economic Society from 1989 to 1992, and is a fellow of the British Academy, the Royal Society of Edinburgh and the Econometric Society, and a Foreign Honorary Member of the U.S. National Academy of Sciences and the American Economic Association.

In the work that earned the Nobel Prize, he studied the problem of optimal income taxation in a situation where individuals take the tax schedule into account when choosing his work effort and government does not have information on the productivity of individual citizens. In such a case, a high tax rate will discourage people from working hard while a low tax rate will result in government budget deficits. The theory shows how to derive an optimal tax schedule, balancing efficiency and equity, and taking into account the limited information about individuals that is available to the government.

Another significant contribution deals with the problem of moral hazard. For example, full insurance coverage encourages individuals not to take precautions against risk and as a result lowers the insurance company profits. The theory shows how to construct contracts that provide correct incentives for behaviour that cannot be observed. This work also allows companies to design contract terms that give their employees incentives to act, as much as possible, in accordance with the companies’ objective of profit maximization. Sir James’ work laid the foundation for the modern analysis of complex information and incentive problems, which can be applied to many other similar situations.